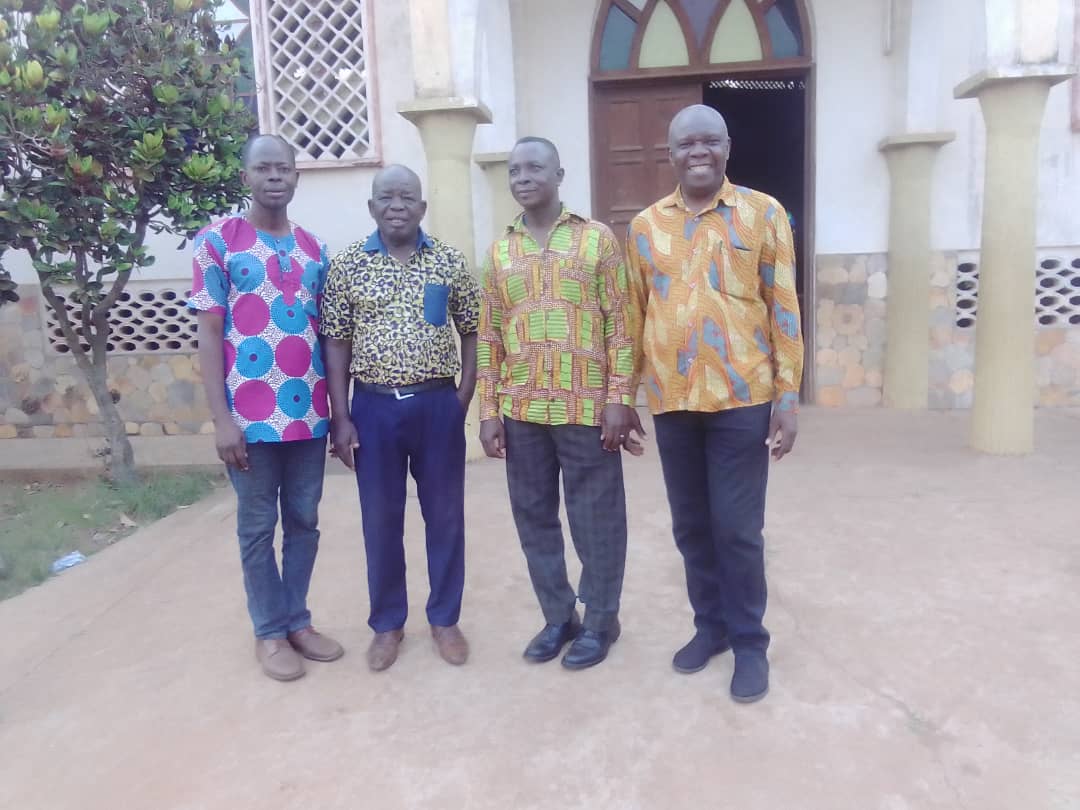 On the 11th December, three of our members namely Wotormenyo Christian, Amekor Benjamin and Justin Nougnui started the journey to Togo. After crossing Togo-Ghana border, we headed towards Tabligbo to meet the parish priest Rev. Fr. Shane Degblor who took us to Sts Joachim and Anna catholic Church in Esse_Ana where we should reside for the experience. Our stay for three weeks helped us to enjoy our togetherness and also to go out to meet other people. We were later joined by our brother Godwin Ocloo.

A. A. Community life

We had time to pray together as CLM aspirants, eat together, plan together.

B. Life with the church community

The meeting held with the parish priest on the 15th December after our arrival at Esse-Ana paved the way for us in our commitment with the church community.

The worship was either presided over by one of us or the catechist Albert Adandjehoun.

Monday and Thursday, we prayed rosary.

Christmas festivities were very enjoyed with celebrations and entertainment by Holy Childhood and Hosevu (drum group).

C. Meeting with outside church world

We visited other stations near Esse-Ana. By car, motor or bicycle, Christian Wotormenyo and Justin Nougnui went to Kodehoe, Tometykondji, Boevikorpe and Klohome. We helped in the sharing of the Word, preparing the choir and going round to visit some faithful who stopped coming to church. We gathered some couples at Esse-Ana with the aim to facilitate their training for Holy Matrimony.

The main challenge we came across was the absence of electricity which handicapped some of our activities. The other challenge was the means to reach stations around Esse-Ana. We reached some stations with motor(hired) and bicycle.

This experience brought new aspects of what we did last year in Cape-Coast (Republic of Ghana) which are teaching (our profession) and going outside the main station. We have seen the need for teaching and the need to go out. We hope the subsequent experience will open the way for us to practice our profession and have time and means to reach out more stations. 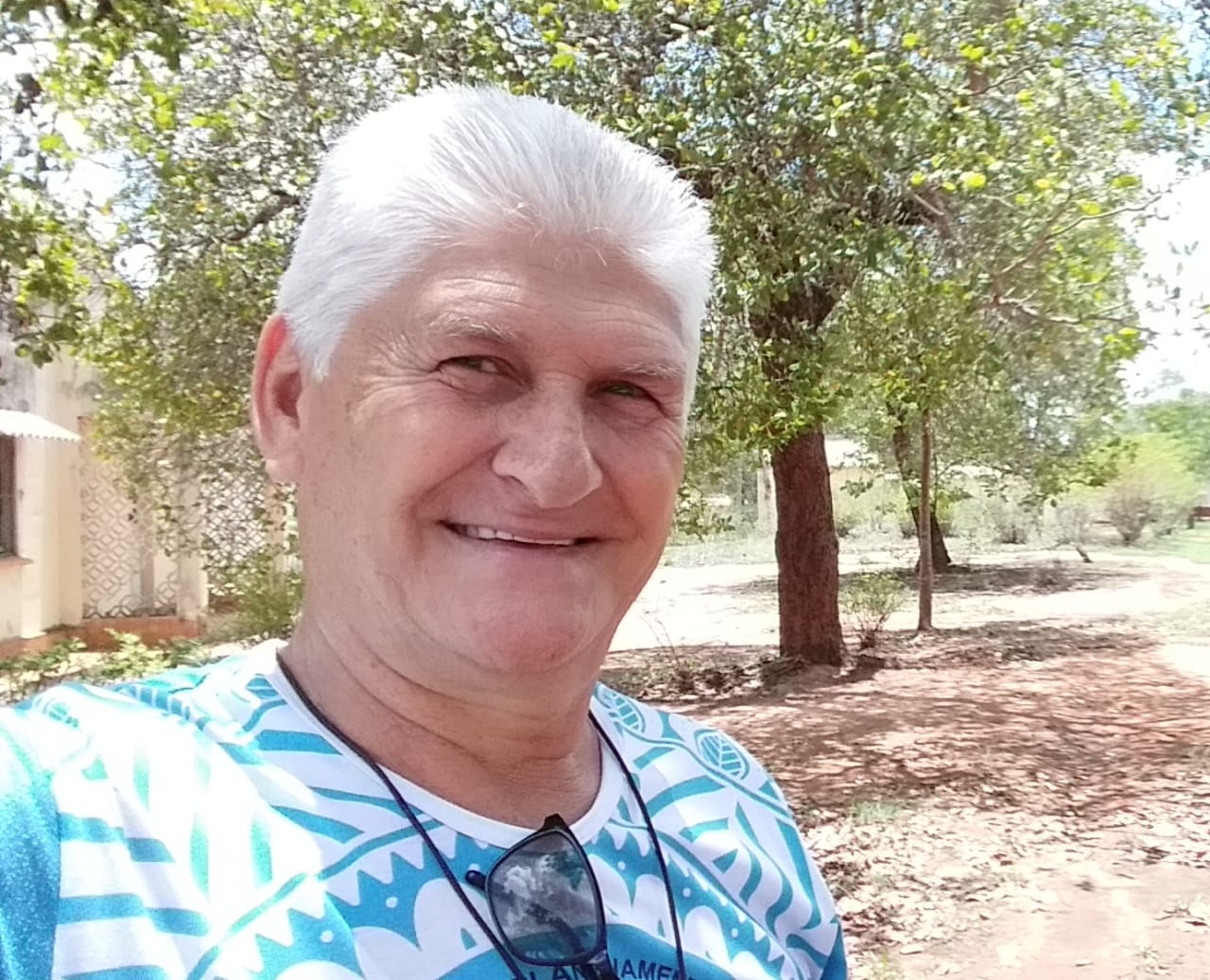 I am Tito, a Comboni Lay Missionary of the Diocese of Balsas, Maranhão (Brazil).

After a long time of formation and mission and waiting because of Covid, I could finally leave for the mission ad gentes in Mozambique, Africa.

I left Brazil on the 5th and arrived in Mozambique on the 7th at night.

The trip was long and tiring, but nothing stopped me from continuing to reach my final destination where God called and sent me for this mission.

Here I was well received and I am slowly getting to know and adapting to this new reality of life and mission.

Through the intercession of St. Daniel Comboni, may the God of life bless me with a beautiful and blessed mission.

Pray for me, for the Mozambican people and for the mission.

I will be praying for you. 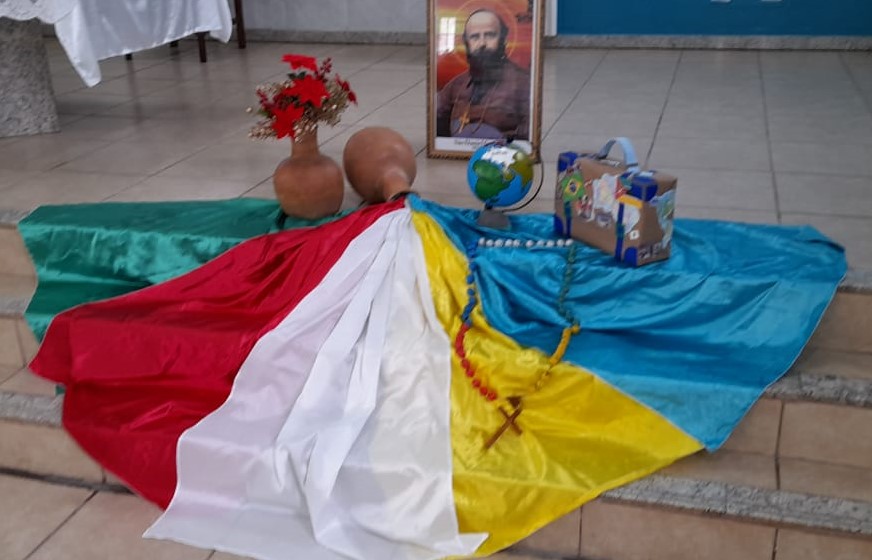 The sending forth took place at the community Nossa Senhora Aparecida, at Ipê Amarelo – Contagem-MG.

The missionary couple decided to go on an overseas mission when they were participating in the GEC (Comboni Spirituality Group) of Balsas. They will travel to Mozambique this Wednesday, January 5th.

Let us continue to accompany this missionary couple with our friendship, prayer and sharing. Daniel Comboni, pray for us.

The December meeting of the Comboni Lay Missionaries was entitled “Pastoral Animation in Missions” and was held on December 17-19. We started on Friday with a joint dinner, then began a workshop during which we got to know what the pastoral work was like on Ewa’s mission in Uganda, Ania’s in the Central African Republic and Adela with Tobias’ in Ethopia. It was a valuable experience for us. On Saturday December 18th, after breakfast, Magda reminded us of the life of St. Daniel Comboni on the basis of which we described the features of a good mission animator. The next item on the agenda was the testimony of Paula – missionary of the Light-Life Movement, who was in Kenya and helped with the work in the “Shalom” orphanage. Then Sebastian introduced us to the life of a lay missionary, Helena Kmieć, who won people for God with her singing, joy and service, and had her missionary experience in Hungary, Zambia and Bolivia …

Bogusia and Andrzej, who were in Ethiopia, also came to the meeting and shared their experiences from the mission with us.

Our Combonian children also had their own formation, and auntie Dominika took care of it, preparing eg. Nativity play. A beautiful performance by the children was the introduction to our Christmas Supper. Each of Comboni Friends and candidates brought something tasty to eat. We shared the wafer and sang and played Christmas carols together. There was also time for personal prayer in the chapel.

On Sunday, December 19th, we began with a common Eucharist presided over by Father Adam and Father Rene. Father’s Christmas greetings directed us to what is most important – to meet the Newborn Lord who gives us God’s love.

Our weekend was summed up with the catechesis of Sr. Joanna about the “Pedigree of Jesus”. She reminded us that Jesus comes to each of us, no matter what we are, to change us. It was a beautiful time we spent in a family atmosphere.

This year 2021, brought many graces and gifts from Divine Providence to the Comboni Lay Missionaries in Ecuador. It is a reality that the pandemic in 2020, changed our life and the plans we had set took another direction and were put on hold; and among them the call for new lay people to increase our small community of Guayaquil.

In July 2021, we received in our community Fr. Joseph Ng’ang’a from Kenya, who became the local referent of the CLM in Ecuador and together with him and his teachings, we were able to make the call for new members, who would become CLM Candidates, a reality.

Thus, on August 17, 2021, a first call was made; and, it was in the mass of October 10, 2021, that after the celebration, we gathered the candidates and we presented them with the formation project for lay people based on five meetings, which is considered the “Stage of Knowledge and First Contacts” in our Statutes, in the same way the dates and place of meetings were presented to them.

The meetings went smoothly as scheduled, sometimes by zoom and others in person, so as not to lose continuity and to get to know our house of the Afro Ecuadorian Cultural Center. In addition, as CLM and to feel part of the Comboni Family in Guayaquil, it was agreed that the last Tuesday of the month we will have a mass and share as a family, in good time, some of the candidates were able to live this experience, along with the priests and brothers CLM.

Our last meeting was this Thursday, December 09, 2021, at 15h30, reviewing the last topic of formation of the Stage, leaving them the concern of their decision to belong to the CLM for next year. Joseph’s first anniversary of priesthood; for the upcoming Christmas and New Year’s Eve celebrations; and, the mission departure of John Villarroel and a candidate to our future national CLM mission site in San Lorenzo, Esmeraldas.

We thank the Sacred Heart of Jesus and St. Daniel Comboni for all the joys and experiences we have lived this year and for the future ones we will receive, with full knowledge that everything depends on our trust and detachment to the mission, either locally in Monte Sinai – Guayaquil; or, in the national one in San Lorenzo – Esmeraldas.