We continue this series of testimonies with Fr. Ismael and his missionary experience in Chad.

Fr. Ismael Piñón, as a Comboni Missionary, shares with us his time of missionary service in Chad for eight years. There he was in charge of the formation of a parish that would be the backbone of such important social projects as the construction of schools in villages without access to education. 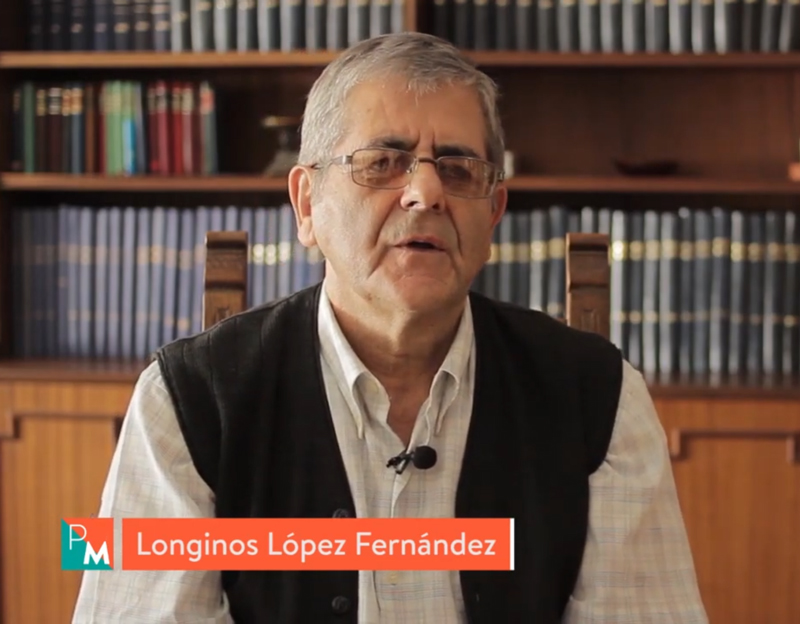 We resume this series of testimonies with Fr. Longinos and his missionary experience in Uganda. 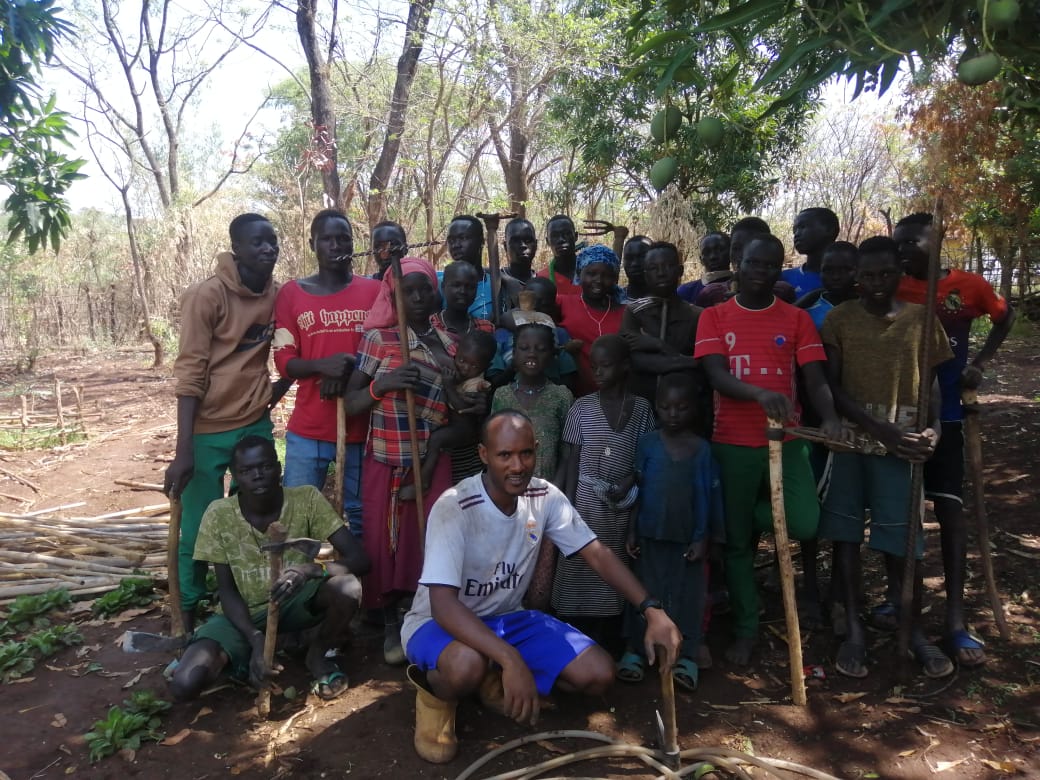 We want to share with you this testimony sent to us by our dear colleague David on this Africa Day for the Spanish NGO AMANI that supports CLM:

On the day of Africa, that land of hope loved by those of us who live this vocation, I wanted to be present to share a gift from heaven.

In my last period in Ethiopia, fraught with difficulties such as the political situation, the war, the displaced persons and refugees, we also received the gift of an Ethiopian Comboni vocation with whom I was able to share life and project.

The scholastic Abreham, who studied all his theology in Peru, was called to the Gumuz land to make his missionary experience.

If it is already a difficult area, being an Ethiopian it is even more so, since the ethnic conflict could affect him negatively. Anyone in his place would have refused, as he might become a target of the rebels. He acknowledges that he came with fear, and we were afraid for him too. But his trust in God was greater.

He soon began to get involved in helping refugees, welcoming orphaned children, helping so many families broken and disintegrated by the war through the creation of a macro garden where to give work to young people and allow them to support the families and allow them to return to school to reach the last grade of compulsory education (since they did not have to work all day as in the other jobs, in addition to being encouraged to go to school, their school fees were paid and school supplies were bought for them).

Saving Africa with Africa. Firstly, to fight for the Gumuz land to regain hope through procuring the livelihood of all needy families through the work of the young and healthy, while committing to go back to school to improve their future. And two, an Ethiopian who could be according to their canons of the enemy Ethnicity, being the one who reaches out to them, welcomes them and frees them from so many prejudices.

The experience was precious. We both started it and today he continues it.

He was recently ordained a deacon. Instead of choosing his parish church, the Provincial house or one more easily accessible to his own family, he decided to be ordained in his very hard parish of Gumuz. His “Abba Abreham” made a clear commitment to them, the forgotten of Ethiopia.

I am enclosing photos of the young people he continues to help.

The money that AMANI sends from the collaborations of the partners is precisely for these projects. I will make a more detailed account of all of them to share with the AMANI family.

Happy Africa Day to all! 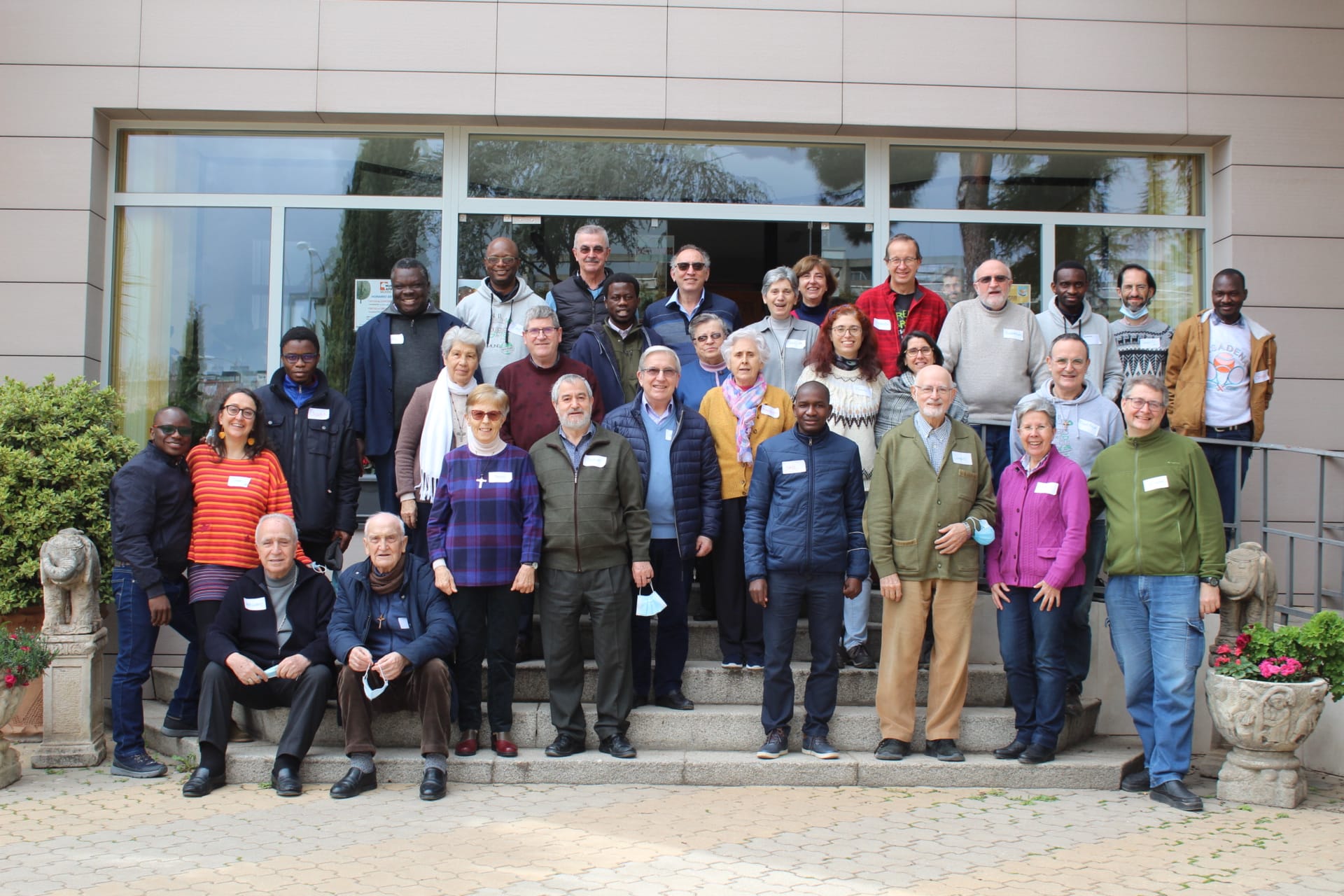 Last weekend we celebrated the VII Meeting of the Comboni Family in Spain. We have experienced the joy of reuniting and we have verified that the missionary dream of following our vocation as a family (religious, men and women religious, lay and secular Comboni Missionaries) is renewed.

The house of the Comboni Missionaries in Madrid welcomed this group of 30 people belonging to the various communities of CMS, MCCJ and CLM in Spain. The Comboni Seculars could not be present on this occasion. Pietro Ciuciulla, of the MCCJ General Council, as well as the leaders of the 3 branches present and Alberto de la Portilla, Coordinator of the CLM Central Committee.

The focus of the meeting was to accompany, through reflection and prayer, the 150th anniversary of the foundation of our Comboni Missionary Sisters. Prado Fernandez led the presentation of the history of the first Comboni Sisters who accompanied St. Daniel on his first journeys, marked by the Cross as victims of the Mahdia, the revolt that devastated the first Comboni works in Sudan and marked from the beginning the vocation of the CMS.

From his first intuition, Comboni dreamed of a family, for his first journey counted on lay missionaries and on these courageous and forward-looking women as mission companions. In the course of its history, the witness of the sisters consolidates the liberating impulse of women in all latitudes. Rereading those early sufferings launches us into the challenges of the present moment. And we renew our awareness that today the Comboni charism is actualized through the Comboni Family. Fr. Pietro insisted on this when commenting on the inspiring document of the General Councils of the Comboni Family of 2017: “The charism grows and is renewed when it is shared with others who recreate it in the peculiarity of each style of Christian life”.

In this spirit, the Map of the Ministeriality of the Comboni Family, was presented, which gathers more than 200 missionary presences in the world, with tremendous vitality in the most diverse contexts, educational, health, social, pastoral, transforming impact… The mission is understood today from the ministeriality, from the service to the people in these various areas. This integral mission of the Church must integrate service, accompaniment, reflection, sensitization and social transformation in the process.

In the final part of the meeting, the leaders of the 3 branches present shared the current situation of their organizations, with various challenges and hopes. This 2022 coincides for the first time the General Chapter of CMS and MCCJ. It is a moment of special density, to remain faithful to the vocation that is carried out in new ways, with new means. A moment in which we renew the intuition to continue dreaming together how to develop the Comboni mission in the world. 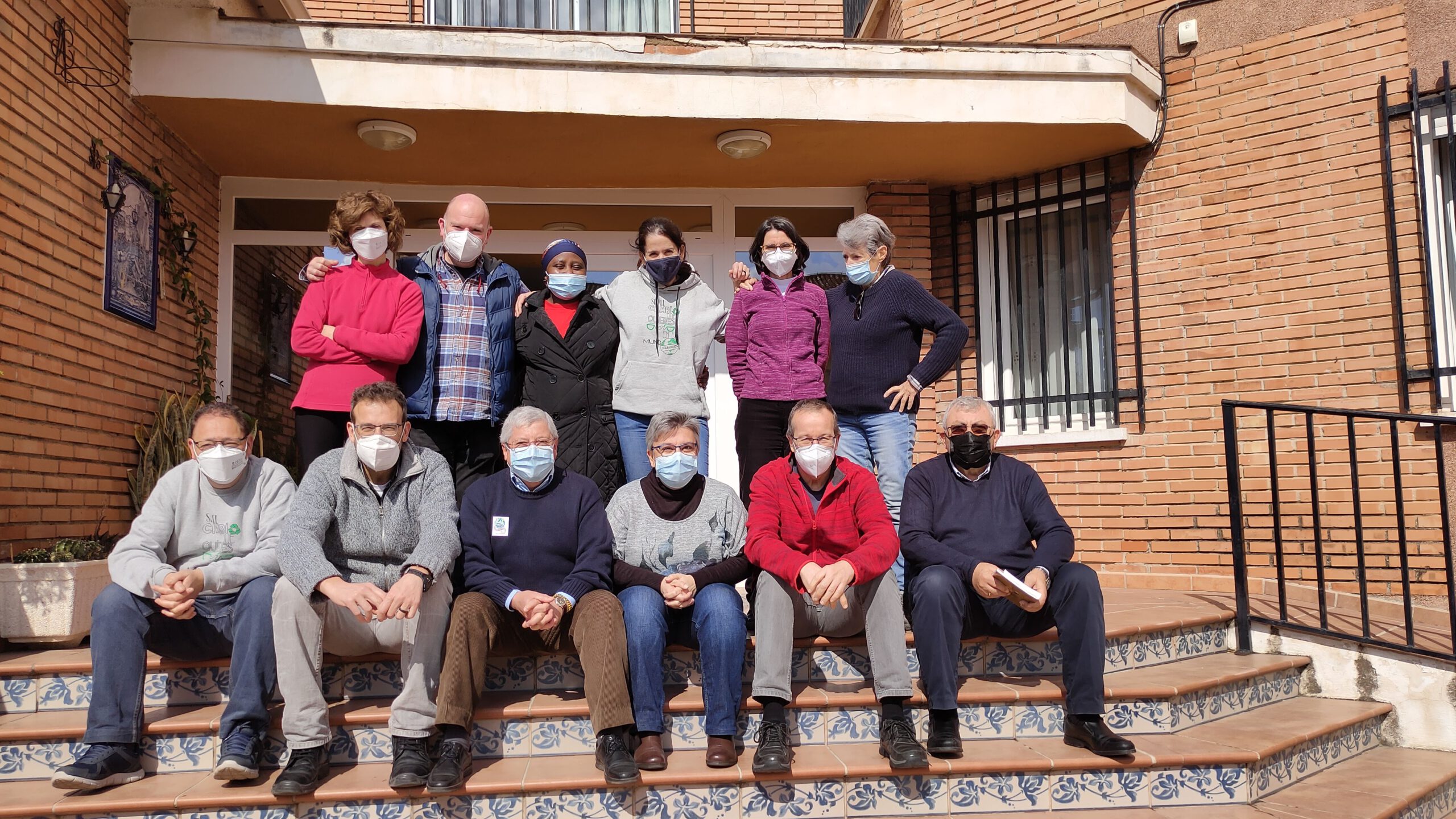 After lowering the incidence by the number of cases of Covid we returned to have our face-to-face meeting in Granada the CLM of southern Spain. Always respecting the use of masks and ventilation indoors but looking forward to meet again and share.

This weekend we also have the presence of several candidates.

In these cases we divided the meeting into several moments. In some we were all together and in others separated in order to advance in the different things that we established for ourselves.

We began with a time of prayer where we put ourselves in the presence of the Lord, pray for the reality that surrounds us and give thanks for it.

On Saturday morning we were all together sharing a topic on Comboni Spirituality (CLM, candidates and some Comboni Fathers). It was a nice time where we could share how our spirituality marks our vocation and many of our life experiences. Spirituality is nourishment and sustenance in our choices and supports us in difficult moments and in making important decisions.

In the afternoon we went to celebrate with the Comboni Sisters the 150th anniversary of the foundation of the Institute. They had prepared a very nice event where 4 of them presented the importance of women and the mission from various points of view. It was nice how, without having foreseen it previously, they spoke about many of the things we had discussed in the morning, illuminating it with their life experience as Comboni Missionary Sisters.

Later we went to celebrate a Eucharist of thanksgiving in the parish where they are present for these years and ended the evening with a fraternal agape.

On Sunday, in addition to the time of prayer, we divided to work in parallel CLM and candidates. On the one hand to work on future commitments and review life as a community and on the other hand the candidates had the missionary testimony of Carmen Aranda in Uganda.

We ended with different topics, among others the campaign about our opening of missions in Kenya and Mozambique and the next meetings.

We leave here the video that the Comboni Sisters put at the beginning of their talk that explains very well these years of the institute and the illusion to continue walking at the service of the mission.

We pray for the young volunteers who visit the missions of the Comboni Family in various parts of the world that their encounter with other peoples and cultures may strengthen their faith and Christian witness. Lord hear us.