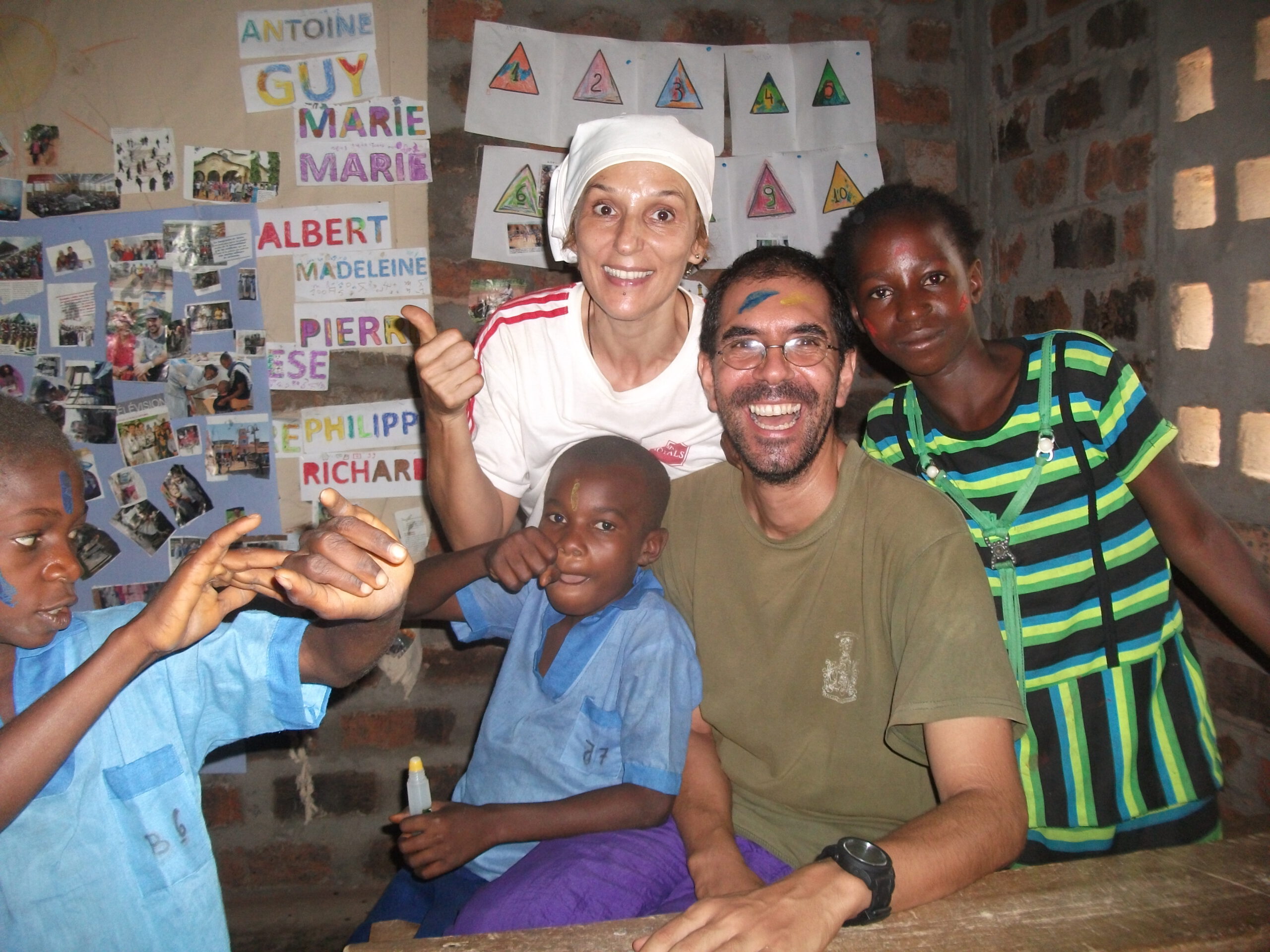 Cristina Sousa, 51, already has an enriching experience of two years of volunteering in the Central African Republic to show in her photos.

As a Comboni Lay Missionary, she did not want to stop recording in photos, as an amateur, a people that brought her closer to the best there is in the world. Now she is organizing, together with the Municipality of Maia, an exhibition of which we will soon have news.

Cristina Sousa is from Gueifáes, Maia (henceforth maiata), and in January 2018 she went on mission as a volunteer to the Central African Republic, to the Mongoumba region, where she knew the Pygmy people. When she returned to Portugal two years later, she felt the need to share the audiovisual records she collected throughout this time to give more visibility to the daily life of this “wonderful people”.

Cristina Sousa is a Comboni Lay Missionary and, according to her, being a missionary is a vocation, something that accompanies us inside”. Cristina affirms that to become a missionary she had to spend three years of formation. “We prepare ourselves spiritually, we wait and then we are sent,” she explains. This sending is done by the team responsible for the Laity, but for Cristina “it is something interior, where we feel that it is God who sends us”.

The missionary has been on this path for about five years and, according to her, “we do not need to go abroad to be missionaries”. The need to go out to meet “our brother”, as Cristina explains, “is something that is born and boils within us” and if this need is not nourished “we do not feel well”.

The Pygmy people are “extraordinary”.

Her first and only mission up to date has been in Central Africa, “right in the heart of Africa”, where she has shared her life with the Pygmies. According to Cristina Sousa, the Pygmies are “extraordinary and very special”. They have a humility and simplicity that “I have only experienced there”. For this reason, she considers it a “privilege to live with these people, to be welcomed, conquered and to conquer them as well”.

The Pygmies live in “sparsely populated” camps scattered throughout the jungle, and the aim of the Comboni Lay Missionaries is to help with integration in the villages. “They are almost never welcome, because they live in the forest and are quite discriminate”, Cristina explains. “They are exploited and have no access to school or hospital.” Thus, the role of the laity is to serve as a “bridge in this integration”.

Currently, thanks to the work done by missionaries like her, there are many children in school and more access to health care, but discrimination is still quite visible among the population. Cristina says that one of her biggest concerns is the fact that there are no records of these people “as people, it is almost as if they did not exist”.

In the attempt to grant some identity to these people, Cristina Sousa encountered their reality, because “they are nomads, their houses are not protected from the rain and they have no way of keeping documents in their clothes”. Thus, the existence of personal identification documents is almost impossible.

According to this Comboni Lay Missionary “the process of inculturation requires a lot of care”, because “we go with our ideals and we have to understand that they have theirs. Our main charism is to Save Africa with Africa. That is to say, to help in the formation of the African so that they can walk on their own”. Thus, the role of the laity is “to be, to witness and to transmit the Good News”. The sharing of knowledge with the African people is, according to Cristina, “quite difficult, because then we leave and they may not even have understood very well what we wanted to transmit”.

Cristina Sousa returned from the Central African Republic just on the edge of the first confinement.

When Cristina Sousa returned to Portugal in February 2020, she says it was a matter of luck that she was not “caught at the airports” because, two weeks later, the country entered its first confinement. To receive news from Africa, Cristina tries to establish contact with “Portuguese compatriots who are in the capital, priests and brothers”.

The Covid-19 pandemic is “uncontrollable in the Central African Republic”. According to Cristina, due to the lack of economic resources and the “lack of suitable places, people do not have access to tests and, therefore, the true cause of death is never known”, but “because the average life expectancy is about 40 years, the number of elderly people is extremely small and, for this reason, I believe that there Covid-19 will not be so aggressive and resistant”.

As for prevention measures, “sometimes they send me photos or videos and you see people wearing masks”. Which for her “doesn’t make much sense, because at bedtime they are all together”.

For her, talking about the covirus in these scenarios is even more difficult, among other things because there are other more serious diseases that have been killing for several years, such as malaria, Ebola and leprosy, for example, in which thousands of people die every day. “This has been going on for a long time and there is still no vaccine,” she adds.

The inequalities between developed and developing countries “are still very present” and Cristina Sousa explains that she does not understand “the lack of demonstrations on the rights of African peoples”.

Cristina would like to see more fighting for the rights of Africans.

“I see a lot of demonstrations for human rights and animal rights, but what about these people? It’s important that we take to the streets to demonstrate inequality.”

However, Cristina reflects that it’s not all bad: “Maybe we have also unbalanced these people a little bit, because we went to show them a different reality than the one they know. They live off nature, and we cannot take nature away from them”. According to her, “there is a paradox here that requires reflection”.

The Comboni Lay Missionary also says that she has seen “children die from snake bites and other simple things”. If these things had happened in the West, they would not have caused death. It is difficult to manage emotions, because one always thinks that if these people had been born somewhere else, this would not happen to them.”

During her mission, Cristina Sousa used her camera to capture the moments she spent with the Pygmy people. In an amateur way, this maiata recorded the daily life of this sui generis people with the purpose of “spreading the message that the image conveys, that is, to make this wonderful people known”. Our duty as missionaries is to bring their reality here and somehow make people a little more aware of other realities”.

Currently, Cristina Sousa is negotiating with the Municipality of Maia so that her photographs can be exhibited and shared with her community of origin. Cristina Sousa hopes to be able to share the daily life of the pygmies with her compatriots, with place and date yet to be defined.

The missionary believes that “sharing what we have and what others can give us is what develops us as people”. The exchange of experiences of different realities is, in the end, what enriches us and makes us grow”.

That the week of prayer for Christian unity may be an occasion for growth in mutual knowledge and finding common elements among the different Christian denomi-nations that urge us to create deeper relations between ourselves, promote universal brotherhood, and so contribute to the dream of Jesus, “That they may all be one” (Jn 17,21). Let us pray.