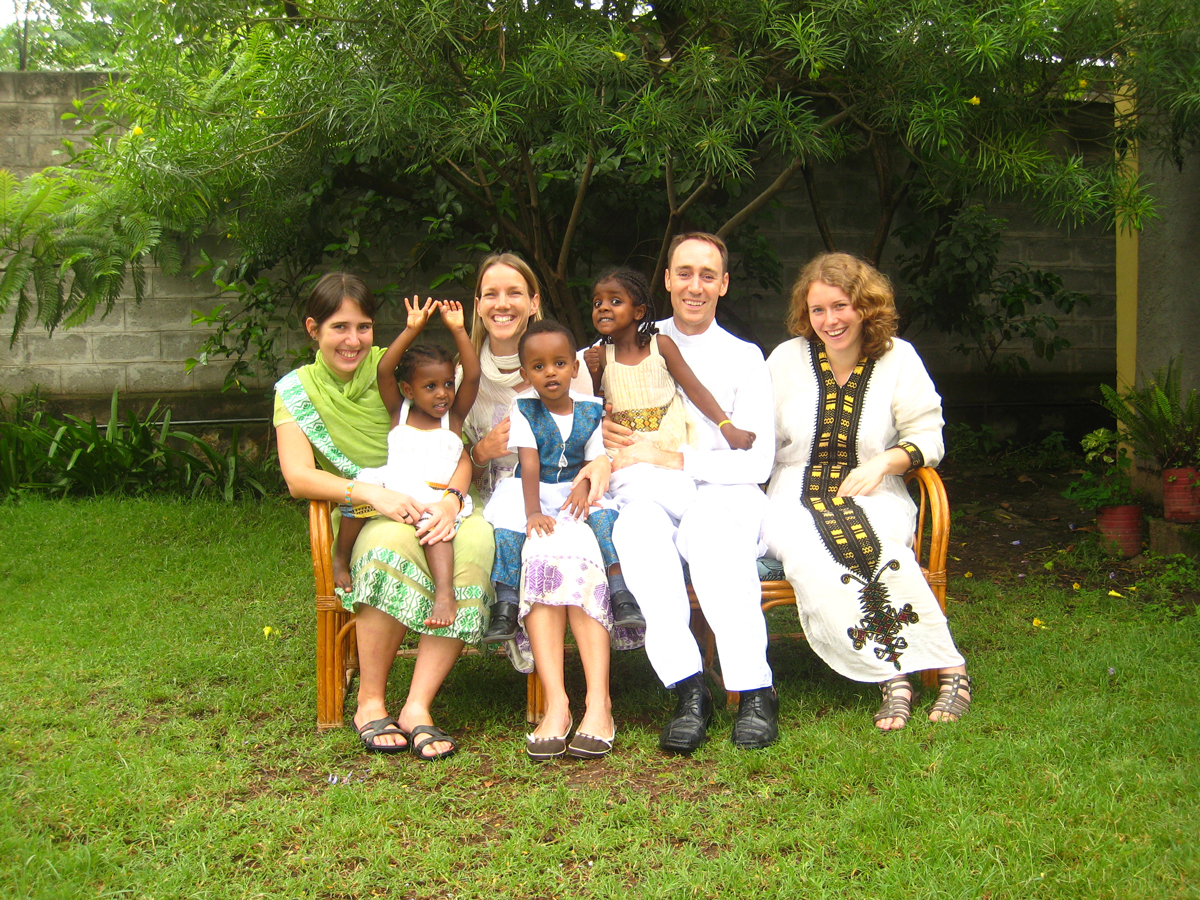 During these days I have had the opportunity to follow the CLM community of Awassa in the variety of their missionary service. I believe that the simplicity with which they perform it is outstanding and so is the degree of acceptance and the relationship they enjoy with the local people. Everywhere they go everyone greets everyone. They always move on foot or by bicycle and this makes it possible for them to be close to the people.

I will try to tell you something about each one. I will start with the newest arrival and move on to those who have been here longer. 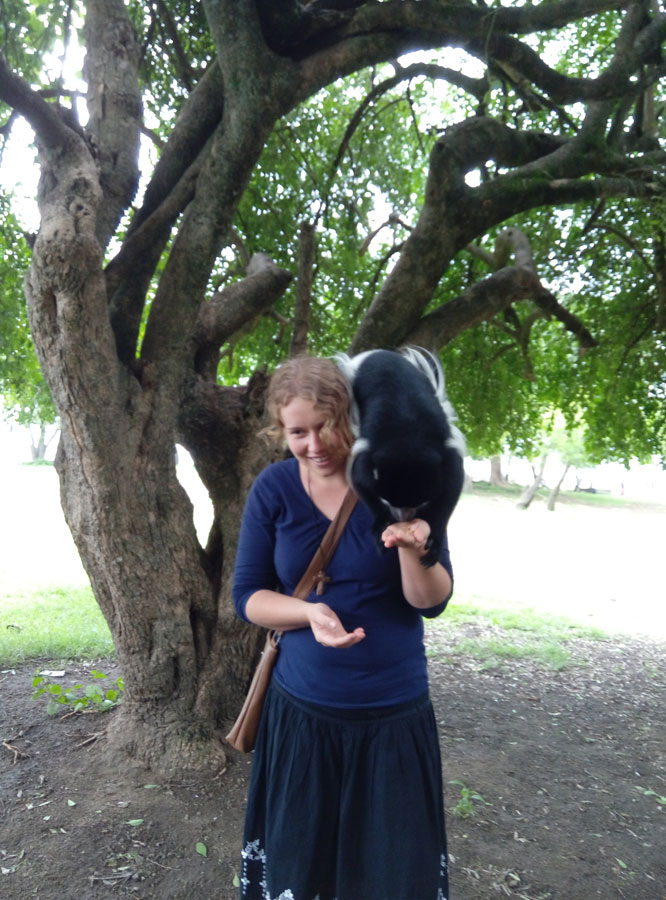 Magda Fiec has been here a little over two months. Her primary mission at this time is to learn Amharic. And, even though I don’t understand anything and I find it difficult to judge, I can at least see that she already communicates with people and, even though at times she has to look for words and expressions, considering the short time she has been here, she is not doing badly at all. (For those who do not know it, Amharic is a Semitic language that has no similarity with our Latin characters and I can assure you that, the first time you see it or hear it, you do not understand anything). On the other hand, she takes some moments to begin to help out in some little things. She helps the Comboni Sisters a little in the technical school and now she is preparing a youth gathering parallel to the one due to take place in Krakow with the Pope, but just for the youth of Awassa. This week she will be with a group of young people at Gethsemane, a retreat center at the lake shore, a very simple and beautiful place affording the possibility, especially to the laity, to find time for praying and being with God.

Madzia Plekan has been in Ethiopia for more than a year and a half. When she arrived, the idea was for her to work as a physiotherapist in the hospital of Bushulo, but for various reasons it was not possible. There was no problem in redirecting this service and make it itinerant. This way, each day she goes from one place to another to take care of her many patients, she cooperates with the home of the Sisters of Charity of Mother Teresa where she has many of them and with various orphanages. She takes care of people with special needs and especially the children. To see the tenderness with which she picks them up from their cribs and works with them is admirable. In an appropriate amount of time she gives them the rehabilitation session that each one needs, almost without their realizing it, and so, a little by little, she helps those who have been abandoned and who in this place would not have access to this specialized care. It is also a fact that at times she also takes care of passing missionaries since more than one come to her with their aches and pains. Beside all this, she cooperates in many other fields, always ready to go from one place to the other. In these days she is traveling with the youth delegation attending the meeting with Pope Francis in Krakow. Who better than a Polish guide to accompany them and teach them everything in Amharic? I think it is a privilege that she can accompany them. This means that for two weeks we will not see her, but we hope to meet her in Addis Ababa when she returns.

Maggie has been in Awassa six years and will return to Canada in a week. She is the community manager, in charge of organizing meals and other necessities. Now, having three children takes a good amount of time. However, she has been able to integrate it in her service. She continues helping in several orphanages taking care of the little children. She takes her own along so they can play with the others while she is there. In a different direction she holds handicraft classes for the neighborhood children and is teaching them lots of things (and she host countless birthday parties in their home because they all want to have it there, perhaps because of the cookies and the balloons they contribute to the feast). She is also part of an ecumenical prayer group. And we cannot forget the community sports activities consisting of the two weekly games of Frisbee to keep in shape and to share with a group of foreigners and of Ethiopians this love for sports. To be noted that, no matter where you go, there is always someone she knows and with whom to converse. After six years, she is the one member of the community who is most known and appreciated. 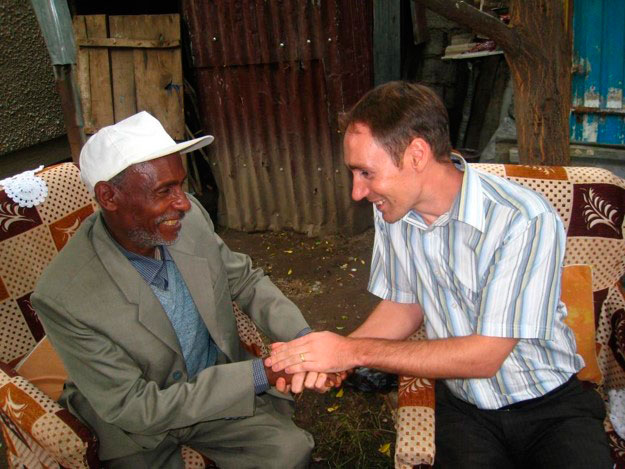 And finally I will speak of Mark. Just like Maggie, his six years in this place have made him a point of reference. On top of that, Mark has been at the service of the diocese during these six years supporting it in its administration and organization. He has been a pillar of strength in the development and reorganization of the diocese. In particular he has been involved with Ethiopian priests and sisters in developing various projects and supporting the search for financial help. As he says, the spirit of Comboni moves us to help especially the Africans, support various initiatives, mediate with foundations (at times very demanding with their forms) so that projects supporting the schools, the hospitals, the orphanages, the leprosy centers, the churches, the wells and other initiatives will keep moving forward. Without any doubt, the work of these six years has turned him into a point of reference in the diocese, and whenever a missionary, a local priest or religious meets him o comes to say good-bye, they thank him for his work and will miss him. This is also an especially intense period of time with the arrival of a new bishop. He is holding many meetings to bring him up to date on the diocese, on the already approved six year plan and also making sure that the work already done will keep moving forward in the hands of the people who will follow from now on. During his free time, besides spending time with his three children, he also attends an ecumenical bible study group that has helped him deepen the understanding of the various expressions of Christianity in Ethiopia and his own faith, as he himself acknowledges. It is an opportunity to grow as Church in Awassa.

For Mark, Maggie, Emebet, Isayas and Teive their time in Awassa is coming to an end. At the end of the month they will move on to Washington, DC where Mark will pursue a master on family pastoral, in which he wants to specialize in order to continue his missionary service. It is a time of good-byes, of placing themselves in God’s hands in order to face this new challenge.

We wish them the very best in this new venture as a family. 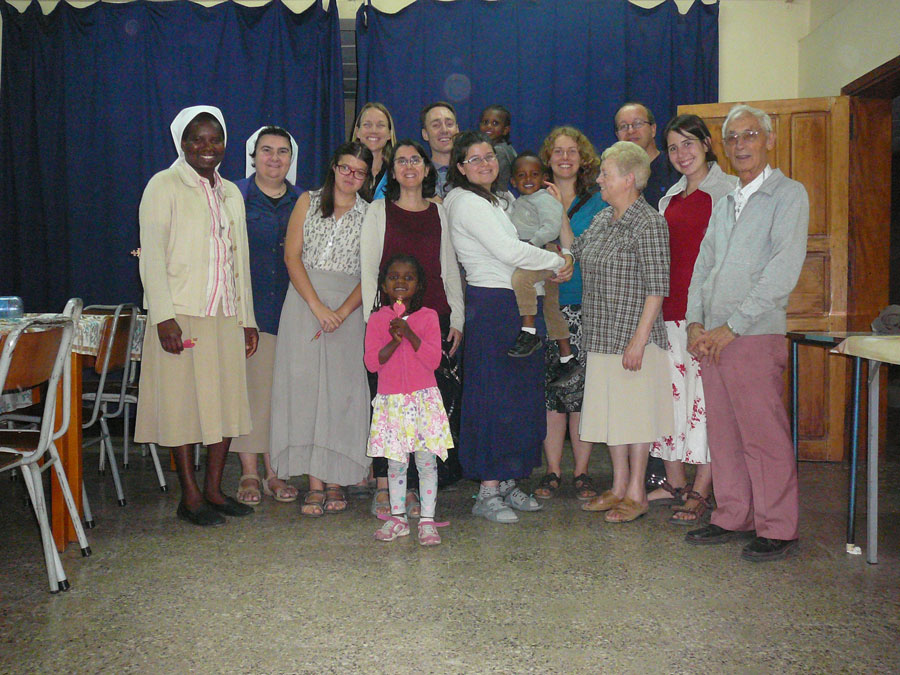 May –That, like Our Lady, “health of the sick”, the nations may join forces to respond to the worldwide humanitarian crisis, helping to restore health care, security and education to those impoverished by conflicts and disasters. Lord hear us.