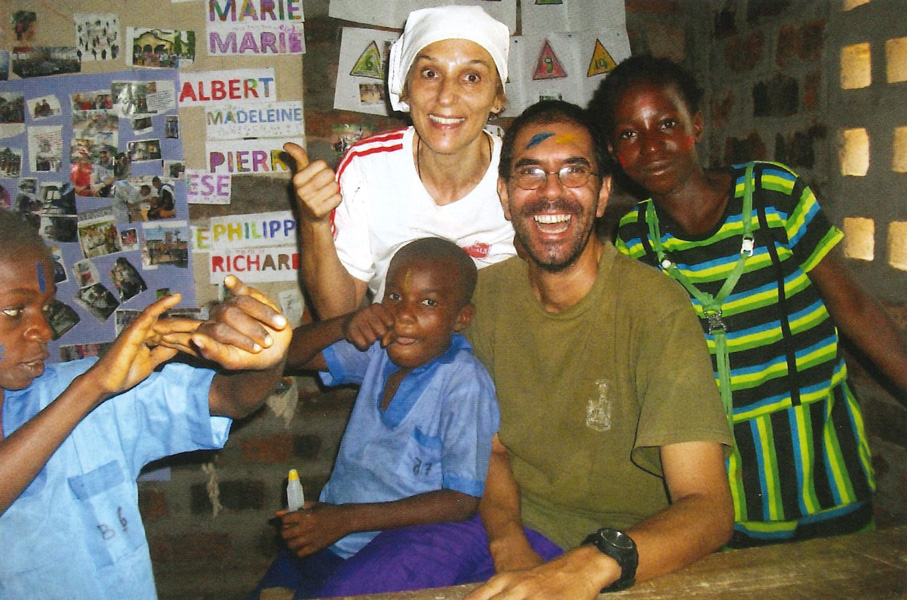 He is no longer “the same person who left” in 2017, Simone Parimbelli, 38 years old, Comboni Lay Missionary of the Diocese of Bergamo, who returned in September 2020 from Mongoumba in Central African Republic. Because, as he says with light in his eyes, “the mission opens the heart and the horizon and being outgoing changes you: from the conception of the missionary style to the relationship with time and space, with oneself and with God”. It happens when you are “in close contact with the sufferings and joys of the other” and live for three and a half years in the heart of the tropical forest, in the diocese of Mbaiki, in Mongoumba, where the Comboni Fathers have been working with the AKA pygmies for more than 30 years.

“It seems absurd, but these people are not recognized by other ethnic groups and have no access to education or health care; enslaved by the Bantu masters and without a birth certificate, they are ghosts in the flesh,” says Simone, denouncing a country that, despite many riches, lives in a condition of colonialism and misery.

“Being next to them, you become a door to knock on”, continues Simone who, as a layman, has sometimes “managed to enter into the concrete lives of people much more than priests, divided between the administration of the parish and the Eucharistic celebrations over a vast territory”. When he arrived in Mongoumba, he proposed several activities of animation, transforming for example the school of Ndobo, close to the pygmy camps, in an oratory, like the one of his parish of Osio Sopra, where growing up, at a certain point, he asked himself “what is the use of my faith?”.

From the question about vocation to the answer to a call, the step is, so to speak, short: it’s 7,500 kilometers along with everything else. But “when you have perhaps intuited what you can be in the world and for the world, you have to prove it”.

So, the diocese of Bergamo, Bishop Francesco Beschi, the Missionary Center and the international movement of the Comboni Lay Missionaries give him “the possibility and the grace to live this experience: 1,300 days of fragility and brotherhood” in a young Church “that knows how to generate children in faith and where joy prevails”.

Sent and welcomed: in a continuous cycle that, in the future, perhaps, will push him elsewhere, where the Holy Spirit blows, which, in Sango, the language of the Central African Republic, is called Yingo-Gbya.