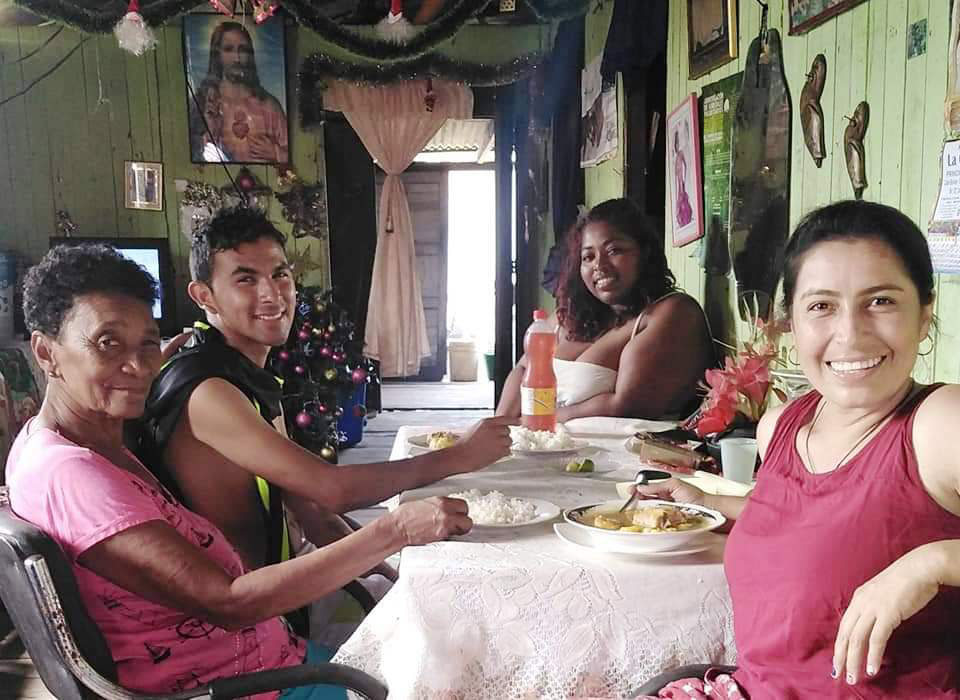 The realization of a home a little more dignified

Among the children who started the school support were two little brothers Dibisay and Javier, they lived with their mother in a house that was on the other side of a sewage pipe and was in precarious conditions; a house made of reused zinc, a leaking roof, a dirt floor, a toilet and a zinc tile that served as a bathroom, a baby bathtub that served as a sink and dishwasher, a kitchen in a ravine and a wooden bridge that was about to fall down.

The first time I went to this house I was very sentimental for the conditions in which the children lived, their mother, a housewife, and their father, a master builder who works in Ibagué. One day I talked to Vane and told her about the situation, then we decided to make a video of the house and upload it on social networks so that our family, friends or friends of friends would join the cause of giving these children a more dignified home.

At first we did not imagine the impact the video was going to have and we thought we were going to collect money to make the bathroom, or maybe to change the roof, or to buy a laundry room… But I have always said that my God manifests his love when you do things that do not hurt anyone. In this way we gathered almost 7 million and together with some people who knew about construction in the neighborhood during the whole month of July we were working on the project that we called “Dibi’s house”, we were able to raise foundations, build the entire front facade of the house, change a roof, make a kitchen, make a bathroom, make two rooms (one in material and the other in Zinc), change the bridge to enter the house and the installation of pipes.

This house allowed us to learn the names of the construction materials, to learn how to make cement mixes, to cut wood, to lay the boards of the bridge, to check the quality of the material, to deal with the construction masters. Another work was finished with all the love, with a lot of learning and with a house in better conditions for the children.

In the month of September, Father Franco was informed that the Comboni Missionaries were going to send financial aid to families in the neighborhood that were affected by the COVID-19. In a meeting with the mission team, we wanted to convert this money into something sustainable and not something for charity. So we made a call for some people we knew who had no work and we started meeting groups where we shared cooking skills, initially there were 15 people, in each Saturday meeting there were less and less people left. When there was a group of 6 people left (Darilys, Lucero, Mrs. María, Don Cicerón, Don José María and Mrs. Claudia), after analyzing the products made and the demand in the neighborhood, it was decided that from the first Saturday of October we would start selling chicken empanadas, that day 45 empanadas were made and every Saturday we increased the production reaching on November 14 to sell 90 empanadas, in addition to the opening of a point of sale that was entrusted to God. This microenterprise has allowed us to intertwine friendships, trust, laughter and teamwork, in the pursuit of an enterprise with people who want to get ahead.

Gratitude for the Mission

I end this report of my year’s mission by thanking God for all the little people who have supported me in the distance; from Luz Dary for her economic contribution for the Christmas sharing of the children of Bajito de Vaqueria, for the chocolate with bread from the neighbors of the prayer of the block and the Dibi Project, to Diego Montilla and my cousin Edwin Vargas in the first edition of the video that was of great help in the collection of funds for the children’s house and in the edition of the second video of the finished house of the children, to my family for their support, love, understanding and for giving me money for my expenses, to my spiritual family and to my team of Comboni Lay Missionaries of Colombia for giving me money for my rent, food or my cell phone plan. Thank you from the bottom of my heart because without you it would not have been possible to support me emotionally and economically during this year. Thanks to my Marisol and my Vane for being partners in every idea, every walk, every school reinforcement, God rewarded me with their presence. A mission loaded with 90% of laughter, projects, dreams, love and blessings, 5% of tears before those people who are not so good and treated me badly and 5% of fear before the gunshots that were heard blocks away from the house.

April –That the Secular Comboni Missionaries may always live in the paschal dynamic of death and resurrection in the certainty that the Spirit will continue to guide them on their journey. Lord hear us.