The CLM (Comboni Lay Missionaries) of Mexico, are present in four groups within the Republic, although we work in a coordinated manner, each group meets regularly for: training, spiritual retreats, plan activities and gatherings. There is an annual assembly for all.

In missionary animation, we try to encourage others to collaborate with their life, their financial support and their prayers for the mission.

In Eater we go to a “Mission Camp” at Guerrero Mountains, where we have a permanent mission house.

Before leaving for Ad Gentes mission, there is a community experience with an intensive training. We are sent for a three years period, which may be renewed. We work directly with the MCCJ, a diocese or an NGO

We are also present in the Peruvian Andean Mountains and Mozambique.

Meet the CLM in Mexico

Telephones and email of the coordinators: 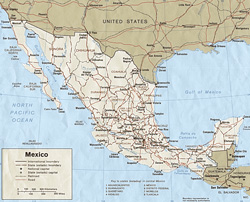 Languages: The official language is Spanish, and 66 indigenous languages with the same validity in the whole, there is 12% of people who do not speak Spanish.